Note to Media re Photos and Videos

Originally from Cleveland Ohio, home of Rock 'n' Roll and the Rock and Roll Hall of Fame, Mr. King has been passionately playing the guitar since he was 2 years old (that's over 50 years!). For Mr. King early in his life there was no doubt his passion was for music, and trains.

He has performed in the United States, Spain, China, Singapore, Vietnam, India, and many other countries in Asia. Adept at many styles and many instruments, and having lived and studied in some of the most interesting music capitals of the world, recently King has been focusing on a unique combination of jazz, blues, rock, classical, fusion, flamenco, with a touch of exotic "Eastern" sounds (check out "Take My Hand", using a Chinese 21-string zither). You will be sure to hear a few sounds that are new, yet pleasing, to your ears. Mr. King is also known to play a song or two on the Mississippi Saxophone (blues harmonica, that is), the bamboo flute, keyboards, and bass!

King leads the band with a fun, upbeat style, while playing guitar and harp, directing a very "live" show, and throwing in some fun surprises. Under the name "Li Ming" and "Le Van Teo", Mr. King has been performing for Chinese and Vietnamese audiences, singing and chatting in the local languages.

Curtis King successfully introduced EMI into Vietnam in 2007 - the first entry of a major record label into Vietnam.

King owes any success he's had in business and entertainment in Asia to Thunderbird School of Global Management, where he got an MBA in 1991.

Back to the Top

NOTE TO MEDIA RE PHOTOS Below are links for medium resolution photographs and the band logo. Click on the photo to open a new page with the hi-res photo, then (on a PC) right-click and then save the photo. 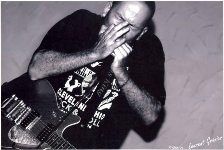 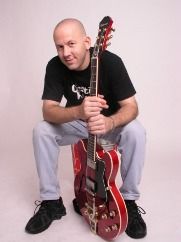 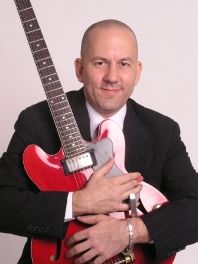 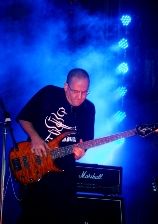 We have other higher resolution photos and videos available upon request.

Back to the Top